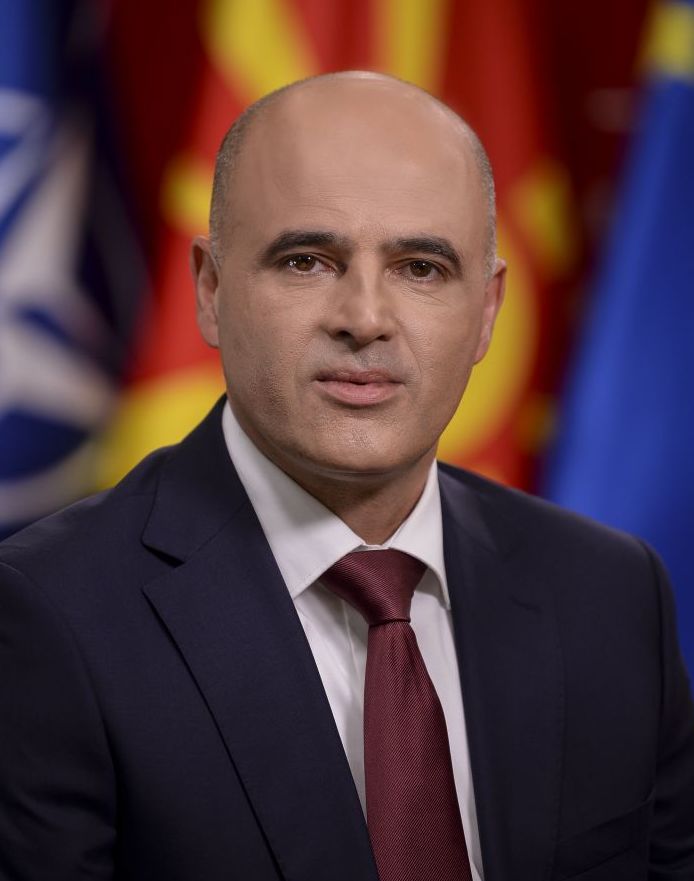 Dimitar Kovacevski (Kumanovo, 1974) 是一位马其顿政治家。他是SDSM党的主席。On December 27, 2021, he was elected the mandatary of the future Government of Northern Macedonia. Kovacevski was elected the new leader of the SDSM on December 13, 2021, after former party president and Prime Minister of Northern Macedonia Zoran Zaev resigned due to poor results in the second round of local elections on October 31. He was previously Deputy Finance Minister in佐兰的政府。他的职业是经济学家。